The Chinese are now sending armed escorts to accompany hundreds of fishing boats to fish off of the disputed Senkaku Islands, officially recognized as Japanese territory. 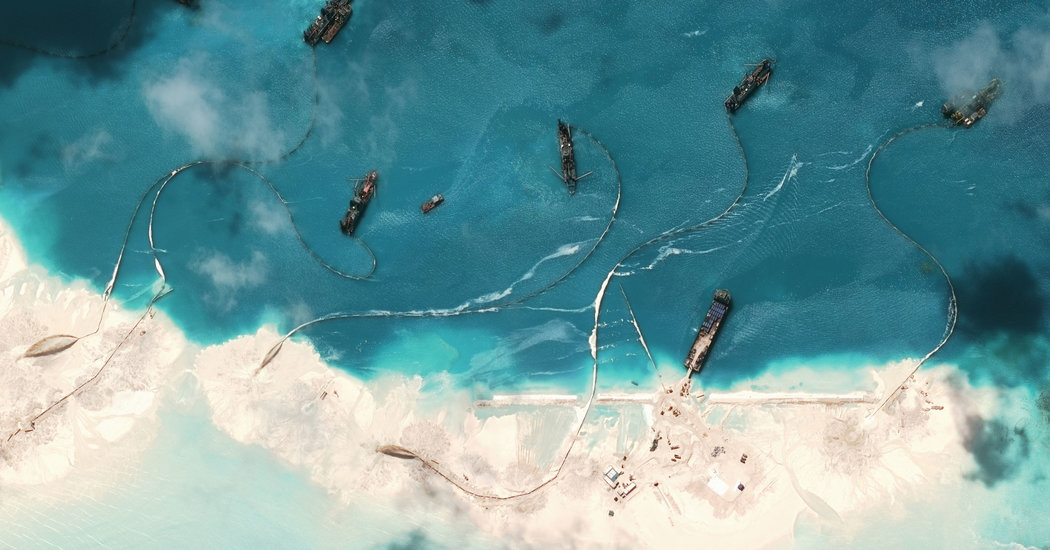 After the Hague officially denied China’s claims over the South China Sea, China has continued using its artificially-created island chains to advance their take over of the economic zone. The island chains, running from Japan to Indonesia, are being used by China as platforms to quickly project military force in the area, housing communications systems and landing strips for aircraft. The first resource the Chinese intend to exploit, to the exclusion of others, is fishing.

The Chinese are now sending armed escorts to accompany hundreds of fishing boats to fish off of the disputed Senkaku Islands, officially recognized as Japanese territory. The Japanese have yet to respond militarily, sending Coast Guard vessels to drive the fishers off.

Second, the Chinese maneuvers around what they call the Diaoyu Islands appear to be part of China’s larger strategy to gain control of the shipping lanes of the East China Sea, similar to its construction of artificial islands in the adjacent South China Sea.

However, the Japanese have continued their recent trend towards rearmament in anticipation of trouble with China as well as North Korea. Japan has looked to purchase 11 AAV7 amphibious assault vehicles, a fleet of F-35 fighter planes, Osprey tiltrotor aircraft, and Chinook helicopters. Mitsubishi Heavy Industries, a major Japanese defense contractor that outfits the Japanese military, has also entered into negotiations with the colossal American military industrial complex to develop armored vehicles for export.

After a much-anticipated Japanese contract to build submarines for Australia fell through, the West has begun to question Australia’s support. Since the mighty American economy has become stagnant for nearly a decade, the lure of forming economic ties with China is very strong to the Australians.

Australia is a major participant in the Trans-Pacific Partnership trade deal and part of a group of nations opposing China’s recent expansionist policies. This group also contains Vietnam, who has recently installed missile batteries on islands bordering Chinese claims. New  Zealand is another member, expecting to benefit from the TPP, and the Philippines arguably have the most to lose from China’s territorial seizures.

All in all, the picture in Southeast Asia is changing quickly, and is starting to show signs of a shrinking US presence. Although the US is still obliged by treaty to defend the Japanese in a time of war, Japan has decided to hedge their bets by developing their own military industry. Losing Australia in the conflict against China is a real possibility as progressive Keynesian economics, stimulus policies, and the long-standing myth of “quantitative easing” are beginning to lose their prestige.